Skoda releases images and pictures of the new Skoda Enyaq

Skoda releases images and pictures of the new Skoda Enyaq

Here it is ! Three months after revealing the name of its future and first 100% electric SUV - Enyaq, Skoda finally unveils its first images and main characteristics. Sadly, still under wraps for now and no interior pictures have been released yet.

Here is what Skoda had to say:

Emotive, efficient, electrifying: the new ŠKODA ENYAQ iV marks a pioneering step forward in the Czech carmaker’s electromobility strategy. The first ŠKODA production model based on Volkswagen Group’s MEB modular electric car platform combines brand-typical virtues such as a generous amount of space and an emotive design with fun yet sustainable driving. There is a choice of three battery sizes and five power variants, depending on requirements. The all-electric SUV is set to be built at ŠKODA’s main plant in Mladá Boleslav, making it the first MEB-based Volkswagen Group vehicle in Europe to be produced outside Germany.

ŠKODA AUTO CEO, Bernhard Maier, said, “The ENYAQ iV marks the beginning of a new era for ŠKODA, it is the figurehead of our E-Mobility campaign. With it, we’re making E-Mobility Simply Clever thanks to long ranges and short charging times. At the same time, the ENYAQ iV takes ŠKODA-typical virtues such as superior interior space, a trendsetting design and maximum functionality to a new level. Our first all-electric e-model based on Volkswagen Group’s modular electric car platform will be built at our main plant in Mladá Boleslav, at the heart of ŠKODA. This is an important step towards securing the future of the location and safeguarding jobs in the region.”

The new ENYAQ iV is a typical ŠKODA, but with a completely new drive concept. The Czech manufacturer’s first production model based on the MEB modular electric car platform is also ideally suited for long-distance journeys as it boasts long ranges of up to 500* km in the WLTP cycle and fast charging. Due to the vehicle’s concept, the designers were able to arrange the ŠKODA ENYAQ iV’s interior in a completely new manner. This results in even more space for passengers and their luggage despite the car’s compact dimensions, whilst also presenting a look that is as emotive as it is modern. In addition, the ENYAQ iV offers state-of-the-art connectivity as well as infotainment solutions and ŠKODA-typical Simply Clever features.

The ŠKODA ENYAQ iV will be the first MEB-based Group vehicle in Europe to roll off the production line outside of Germany. It is set to be built at ŠKODA’s main plant in Mladá Boleslav sharing a line with models that are based on the MQB platform.

The vehicle’s world premiere will also mark the start of advance sales; serial production of the ŠKODA ENYAQ iV will start at the end of 2020. Its market launch is scheduled to take place at the beginning of 2021. A ‘Founder’s Edition’ equipped with special features and a different look will be limited to 1,895 units, commemorating the founding of the company 125 years ago.

Two drive systems, three battery sizes, five power variants
In the entry-level versions, a rear motor drives the rear wheels, thus building a technical bridge to the history of the car manufacturer. The more powerful versions feature a second electric motor at the front to transmit torque to the road even more efficiently. In its most powerful variant, the ŠKODA ENYAQ iV can even tow loads of up to 1,200 kg if required. A total of five different power variants and three battery sizes provide fun yet sustainable driving. Depending on the version chosen, either the rear wheels or all four wheels are driven. Thanks to highly efficient batteries, the low rolling resistance tyres (5.9 per mille) and aerodynamics that are outstanding for an SUV (cd starting from 0.27), the ŠKODA ENYAQ iV can cover ranges of up to 500* km in the WLTP cycle.

Christian Strube, ŠKODA Board Member for Technical Development, said, “The many possibilities of the modular electric car platform allow us to offer the perfect ENYAQ iV for a wide range of requirements and applications. This includes an entry-level version for families, which offers a lot of space and functionality, a variant for the long-distance driver for whom the greatest range is key, and a model for the customer with sporting ambitions who is looking for maximum performance even in an electric SUV.”

Recharged to 80 per cent in just 40 minutes via fast charging
The ŠKODA ENYAQ iV can be charged in three different ways. In addition to the conventional 230-volt household plug socket with an AC output of 2.3 kW, the vehicle can also be conveniently topped up overnight at home using a wall box delivering up to 11 kW. This takes six to eight hours depending on the size of the battery. DC fast-charging stations with a charging output of 125 kW are the third option. These can recharge the ENYAQ iV’s battery from 10% to 80 per cent in just 40 minutes*.

A highlight of the new ŠKODA ENYAQ iV is its innovatively designed interior, which conveys an all-new feeling of spaciousness. The vehicle also offers state-of-the-art connectivity and infotainment solutions: The driver is shown all of the relevant information via a free-standing, 13-inch central display and, if desired, a head-up display with augmented reality. A permanent Internet connection ensures that all information is always up-to-date. With its generous amount of space, which exudes a lounge-like character, and a 585-litre boot, the ŠKODA ENYAQ iV is ideal for families and lifestyle-oriented customers looking for an electric vehicle that is both sustainable and fully suitable for everyday use. With the introduction of the ENYAQ iV, ŠKODA is also introducing a new concept for the interior: sustainable materials such as olive leather are used for the first time in a production car. Customers can also opt for other designs to suit their preferences.

The iV family: electromobility is becoming part of ŠKODA’s DNA
Electrified vehicles from the ŠKODA iV family are a perfect blend of practical range, emotive design and great driving fun. On top of that, they are comfortable, quiet and sustainable, whilst also boasting particularly dynamic power delivery. The torque of an electric motor is available straight away, meaning cars can accelerate continuously and consistently without requiring any gear changes. State of-the-art connectivity featuring extensive vehicle networking and advanced assistance systems are as much a part of what a ŠKODA iV has to offer as excellent value for money and an even more spacious interior conveying a new lounge-like character.

By introducing the ENYAQ iV, ŠKODA is pressing ahead with its electromobility campaign, which began at the end of 2019 with the CITIGOᵉ iV and the SUPERB iV. As part of the brand’s strategy, more than ten electrified iV models are scheduled to be launched between 2019 and the end of 2022. 125 years after the company was founded, ŠKODA has entered the era of E-Mobility and is making it a central component of its DNA, and – now that electrified vehicles can offer ranges suitable for everyday use at affordable prices and charging infrastructures are continuously being improved – the timing could not be better.

As part of the largest investment programme in the company’s history to date, ŠKODA AUTO will have fed a total of two billion euros into the development of electrified models and the creation of a comprehensive ecosystem for new mobility solutions by 2021. For its development from a traditional car manufacturer into the ‘Simply Clever company for the best mobility solutions’, sustainability plays an important role in production, sales as well as service.

*all figures are provisional 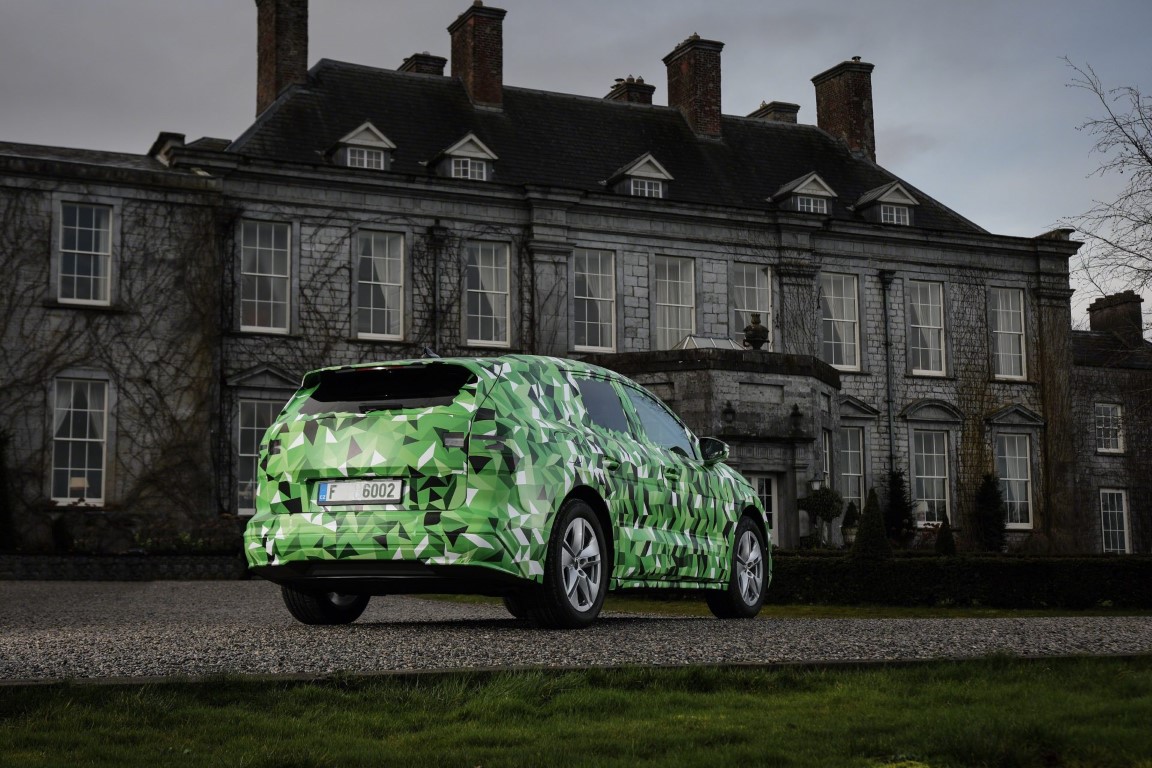 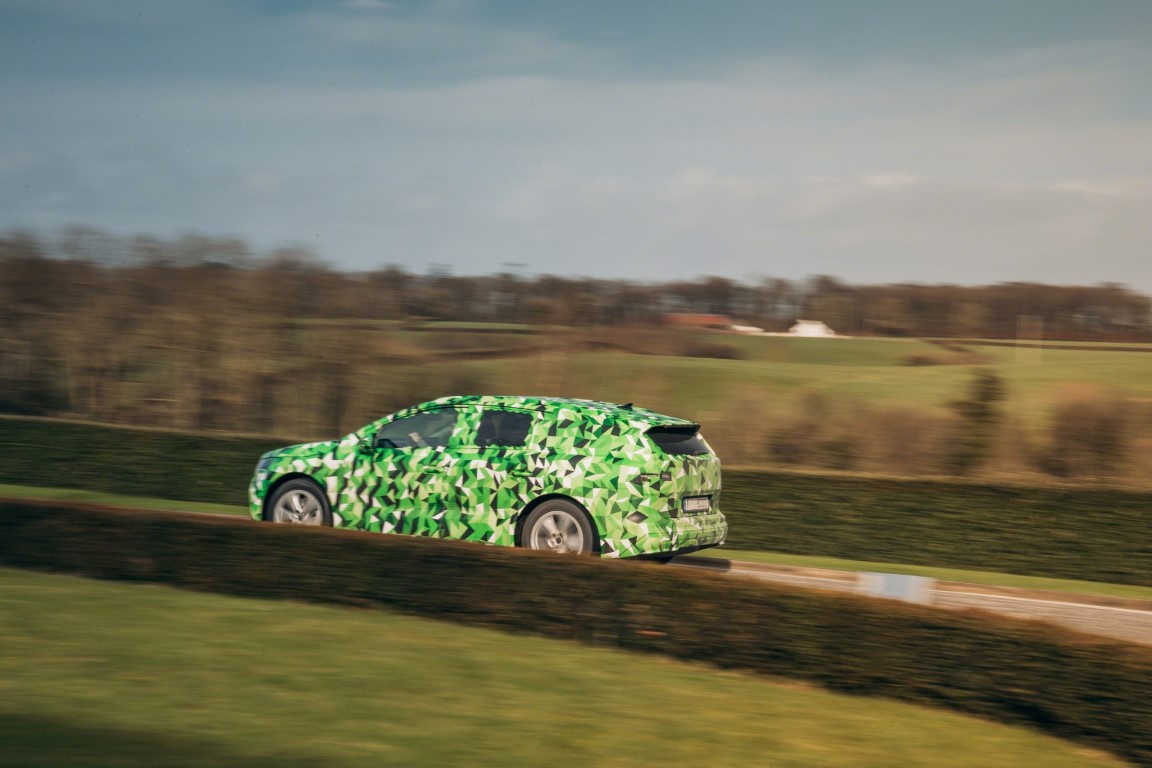 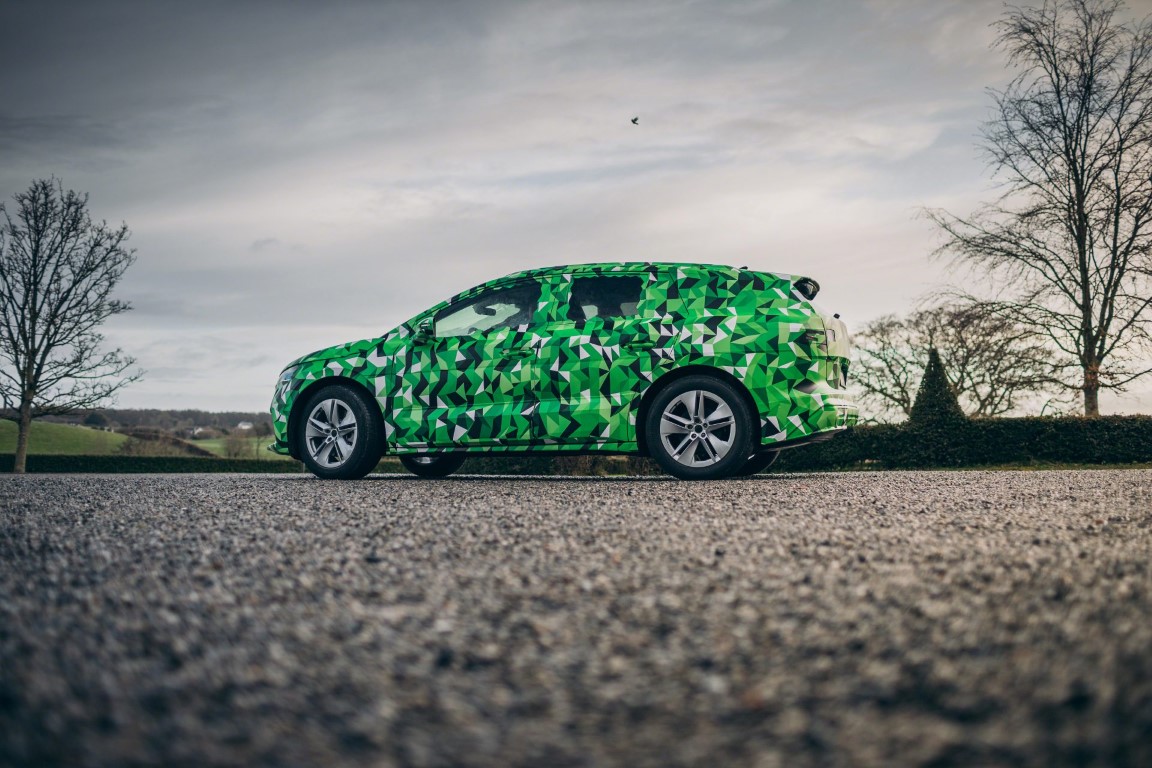 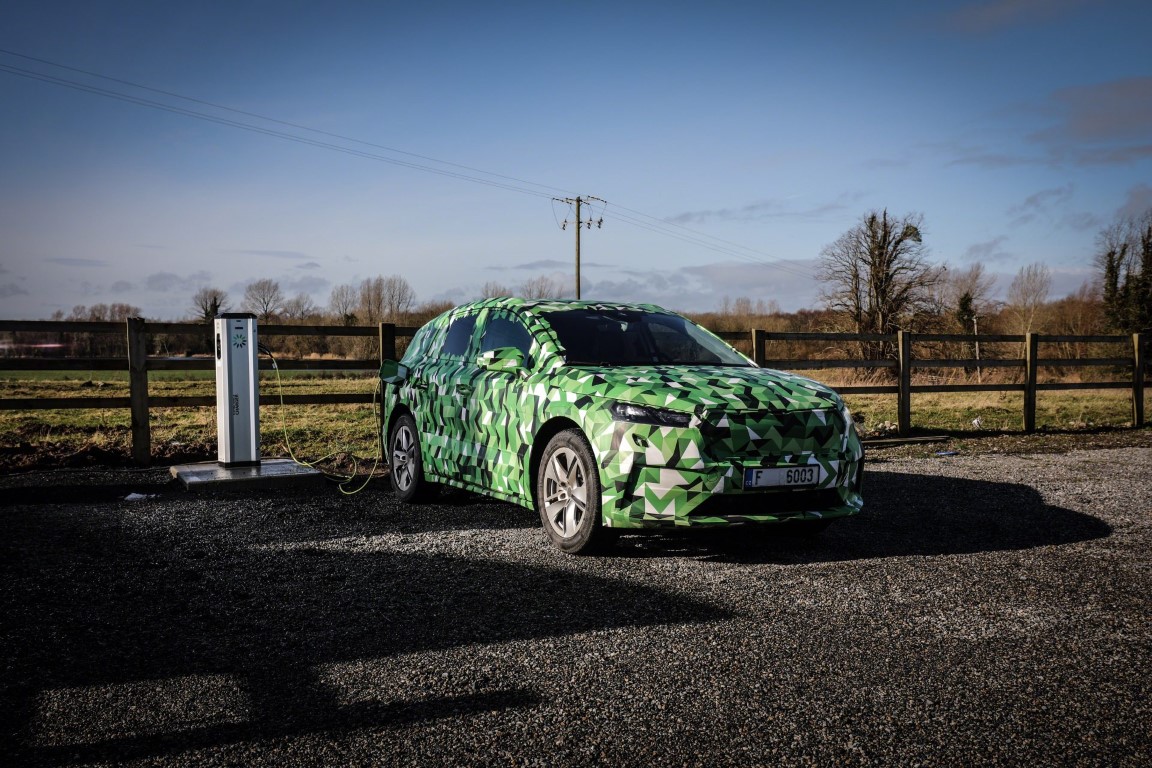 Re: Skoda releases images and pictures of the new Skoda Enyaq

Judging by what I can see and read, this car hits the brief, whether it's a decent drive remains to be seen, personally, I think it's another decent electric offering from VW Group, similar to the ID.3 but with a roomy interior judging by the length of the wheelbase.
Top
Post Reply
2 posts • Page 1 of 1