Skoda will start production of the full-electric Enyaq iV at its plant in Mlada Bolesav plant in the Czech Republic later this year, ahead of a market launch at the beginning of 2021.

The SUV is the brand's first electric car based on Volkswagen Group's MEB platform and will be offered with three different battery sizes as well as the option of all-wheel drive.

Pictures of a prototype Enyaq undergoing testing shows that the car has a more traditional body style than the iV Vision coupe SUV concept shown at Geneva in 2019. Skoda has said it will build the coupe at a later date. 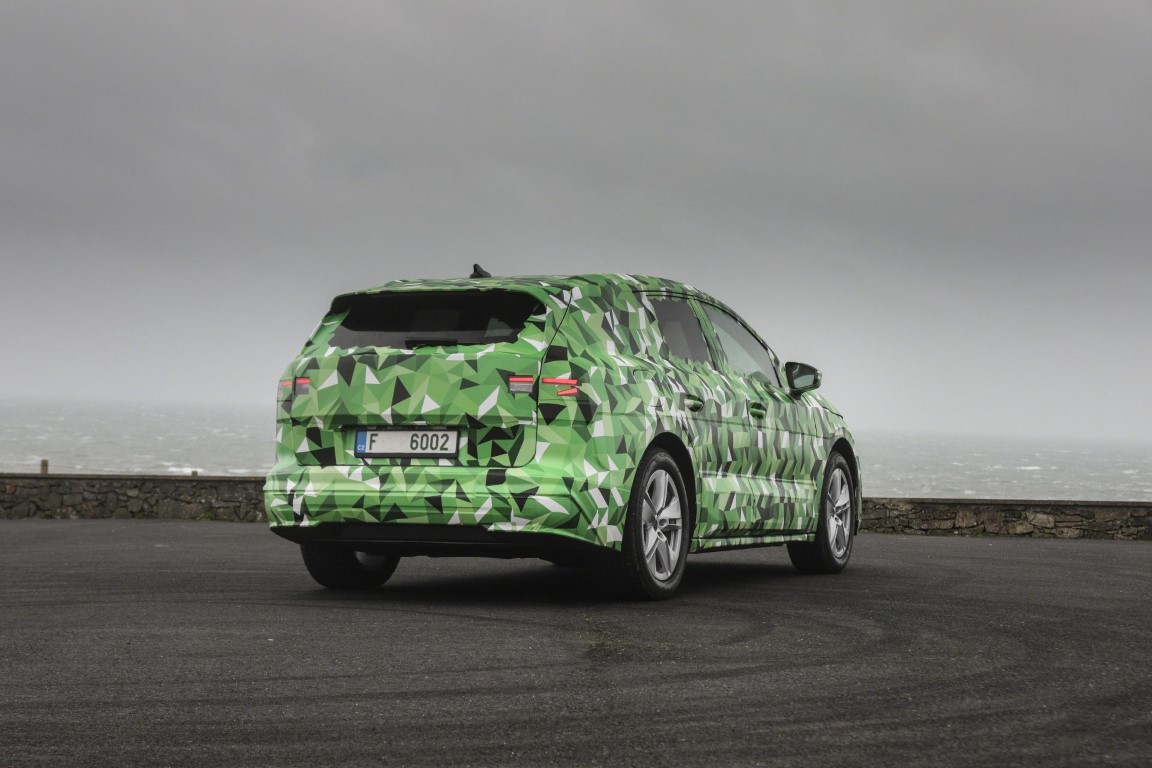 The entry '50' Enyaq model has standard rear-wheel-drive and a 55-kilowatt-hour battery pack for a predicted range of 340 km (211 miles) using the WLTP cycle, the company said.

The highest performance models will be the all-wheel drive 80X and vRS, which produce 261 hp and 302 hp respectively. The vRS will reach 62 mph (100 kph) from rest in 6.2 seconds, Skoda said.

The Enyaq shares the additional electric motor on the front axle with the all-wheel-drive variant of the VW ID4 SUV, on which the Skoda model is closely based, a source close to the project said.

The electric drive on the front axle is optimized to handle short-term overloads as well as provide all-wheel-drive functionality and an extra boost, a team of VW engineers said in a presentation at the annual Vienna Motor Symposium.

The choice of battery sizes and power variants was enabled by the MEB platform, said Skoda's head of technical development, Christian Strube.

This allowed the company to offer "an entry-level version for families, a variant for the long-distance driver and a model for the customer with sporting ambitions" he said.

The first car to be sold using the MEB platform will be the VW ID3 compact hatch starting in the summer.

The layout of the MEB platform allowed Skoda to create a car that is spacious despite its compact dimensions, the brand said. No dimensions were given except trunk size, which measures 585 liters.

Equipment on the car includes a 13 inch central touchscreen and the option of an 'augmented reality' head-up display designed to give the driver more information without the need to take their eyes off the road.

Skoda said the car would offer "state-of-the-art connectivity and infotainment solutions."
The interior options also include the choice of leather that has been tanned using olive leaves, rather than the chemicals usually used.

Charging the Enyaq is achieved at a maximum speed of 125kw, meaning that it will take 40 minutes to replenish the entry-level battery to 80 percent of full capacity.

No price has been given for the Enyaq but Skoda has previously said it will cost around the same as its Kodiaq or Superb models. The average price of the Kodiaq SUV is about 40,000 to 45,000 euros. For the Superb it is about 40,000 euros.

Skoda says it will have 10 full-electric or plug-in hybrid models on sale globally by the end of 2022.

It expects EVs and plug-in hybrid cars to account for 25 percent of its vehicle sales by 2025.

The Enyaq will be Skoda's second full-electric vehicle after the Citigo IV minicar.

Skoda is also rolling out a range of plug-in hybrids, starting with the Superb midsize and continuing this year with the new Octavia compact.

The name Enyaq is the Irish name Enya with the letter Q found at the end of every new Skoda SUV. The E is also a reference to electromobility, the company said. 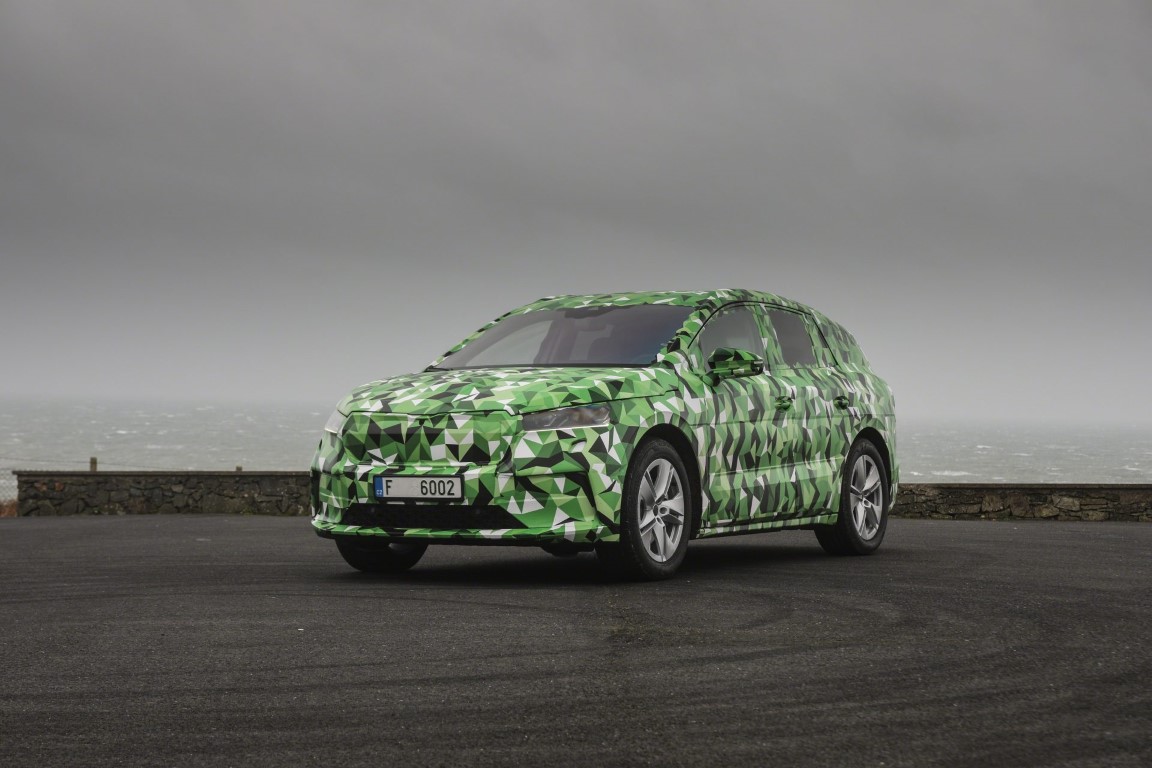 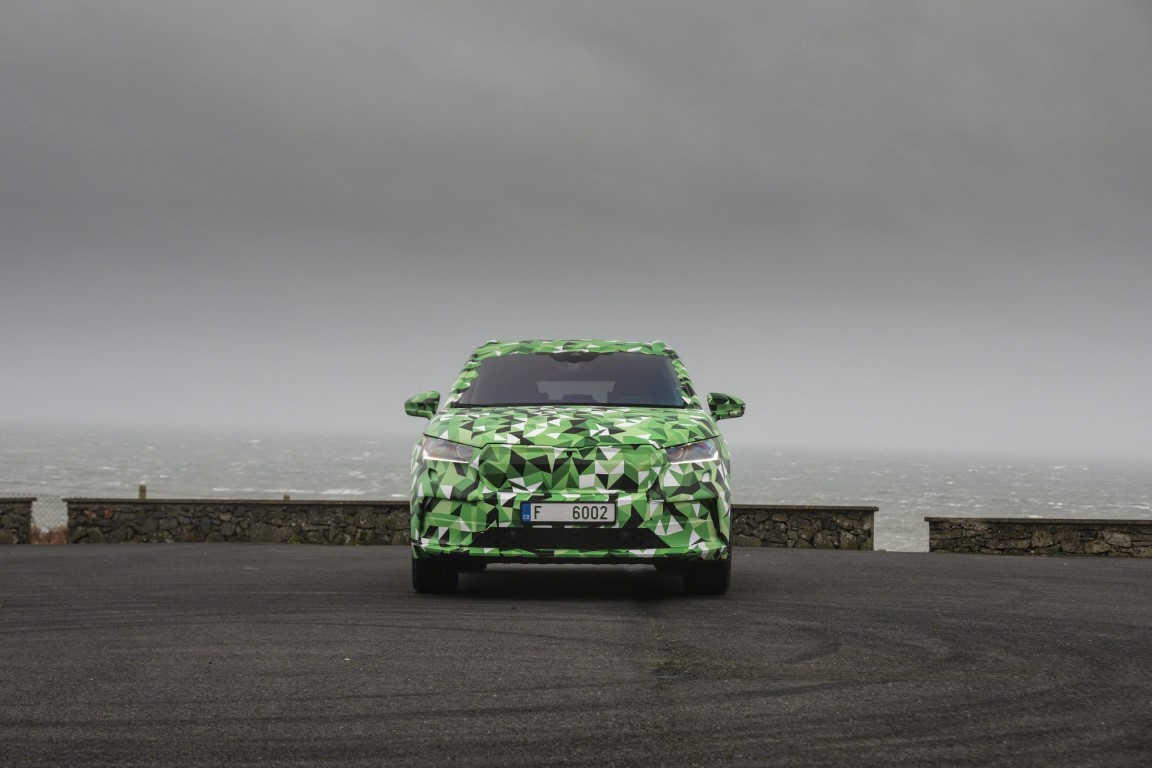 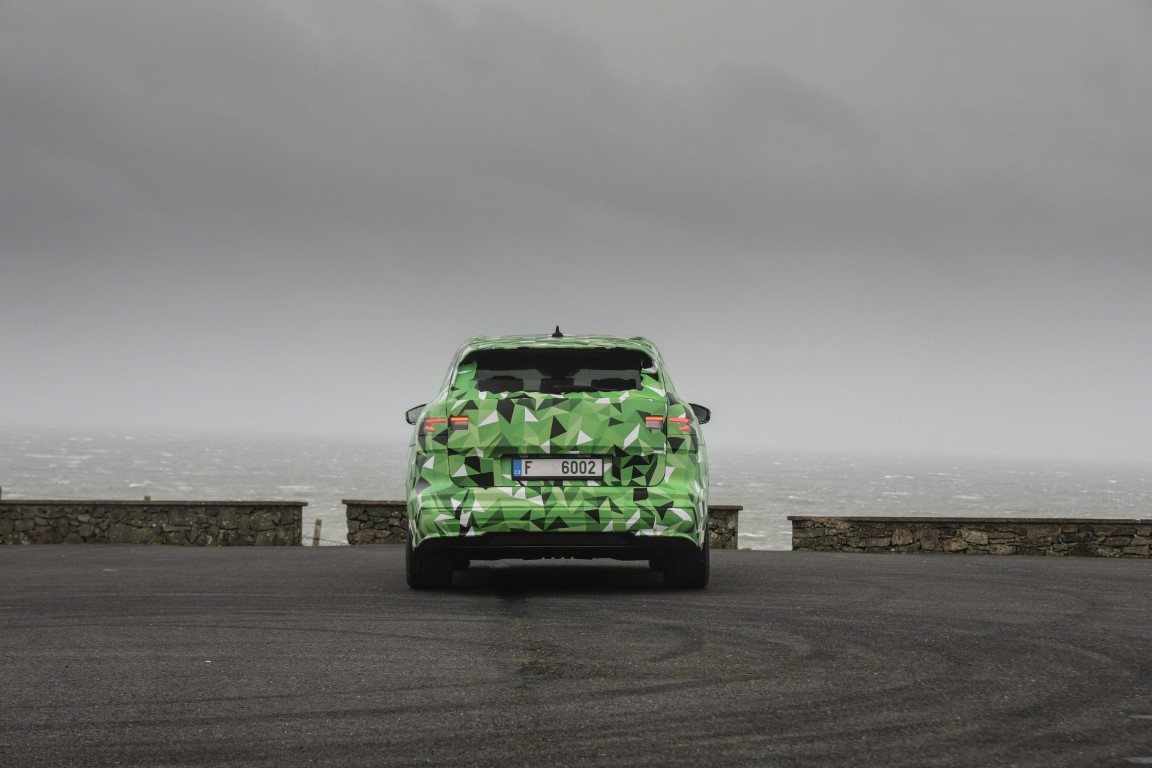