ŠKODA is one of the oldest and most established automotive brands in the world and celebrates 125 years of production in 2020. During this period, the company has changed dramatically - evolving from a modest bicycle builder to a global car brand with 13 factories worldwide and annual sales in excess of 1.2 million cars.

The many milestones of the company have often been marked by a change of logo, and in some cases, company name. And while the ŠKODA badge has changed on ten occasions, the core elements have remained unchanged since the early 1920s. 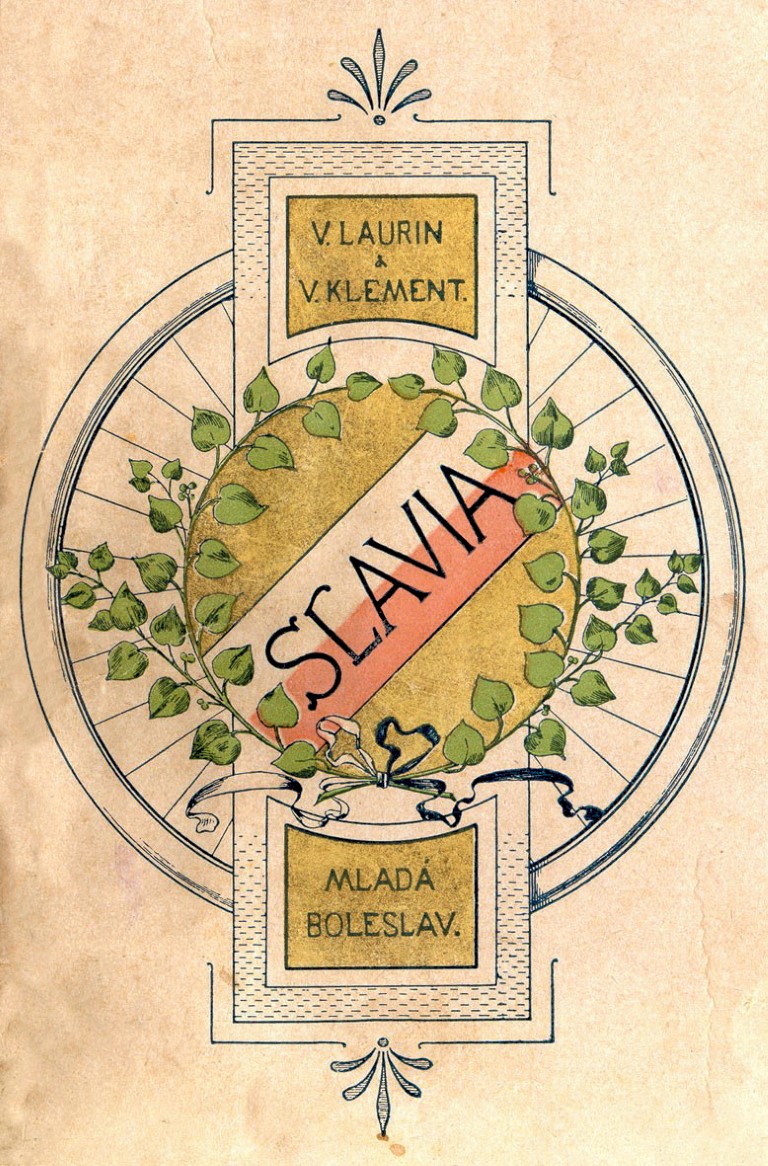 Long before founders Vaclav Laurin and Vaclav Klement started building cars, the Czech entrepreneurs were famed for their high quality bicycles. The company’s first logo was a rather fancy affair with lime leaves (representing the Slav nations) placed in front of a bicycle wheel. The logo was modified a few years later to incorporate the names of Laurin and Klement, along with the location of their headquarters – Mlada Boleslav. 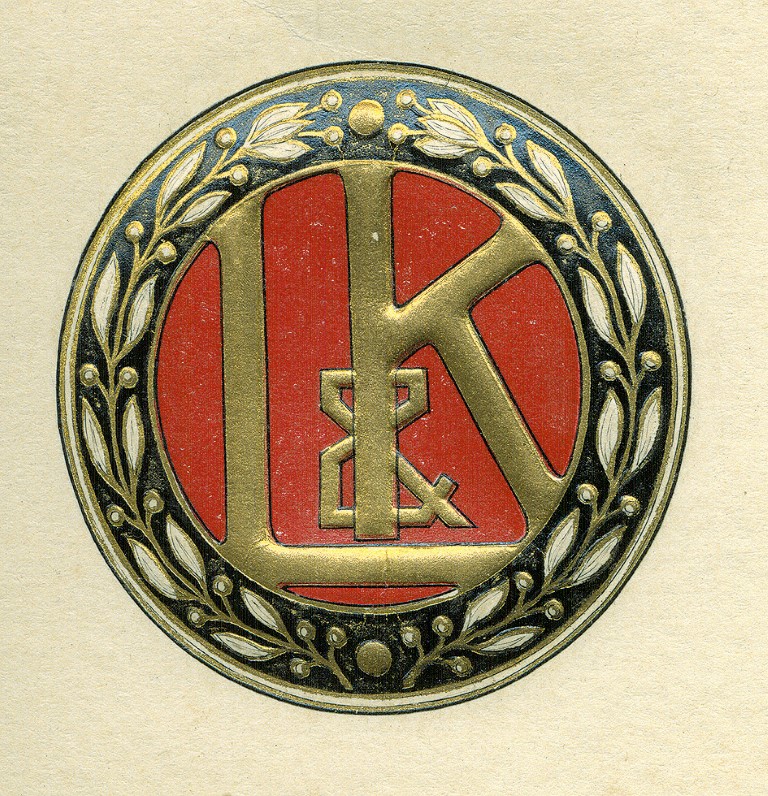 Following their success with motorbikes and bicycles, Laurin and Klement restructured and renamed the company in 1905 and started building cars. To celebrate, the company created two logos - a circular badge featuring a gold L&K motif and laurels on a red background, and a Laurin and Klement wordmark that is still in use today on the brand’s flagship models. 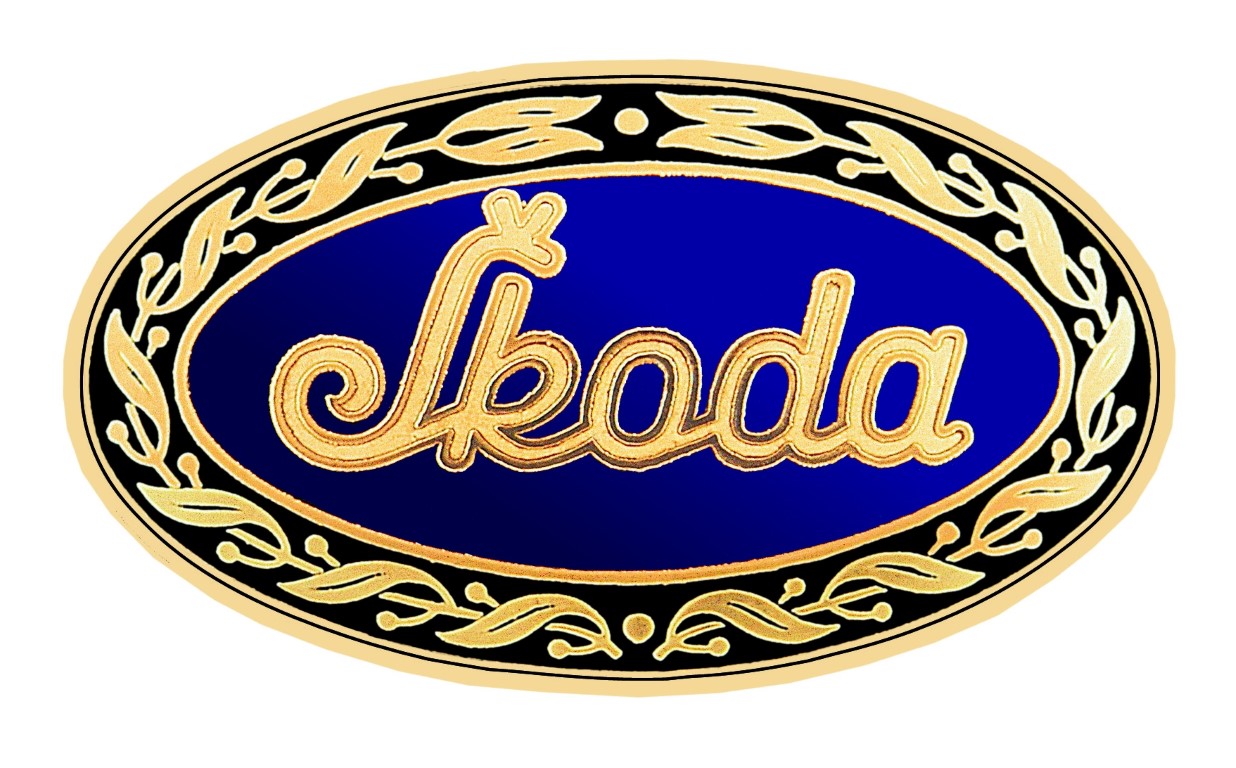 In June 1925, Laurin and Klement merged with the Czech industrial giant Škoda Works – a move that promised significant investment and the opportunity to expand at a much faster rate. To accompany the change, all cars built at Mlada Boleslav wore a new ŠKODA badge that combined the ŠKODA wordmark with the laurels of the L&K logo. 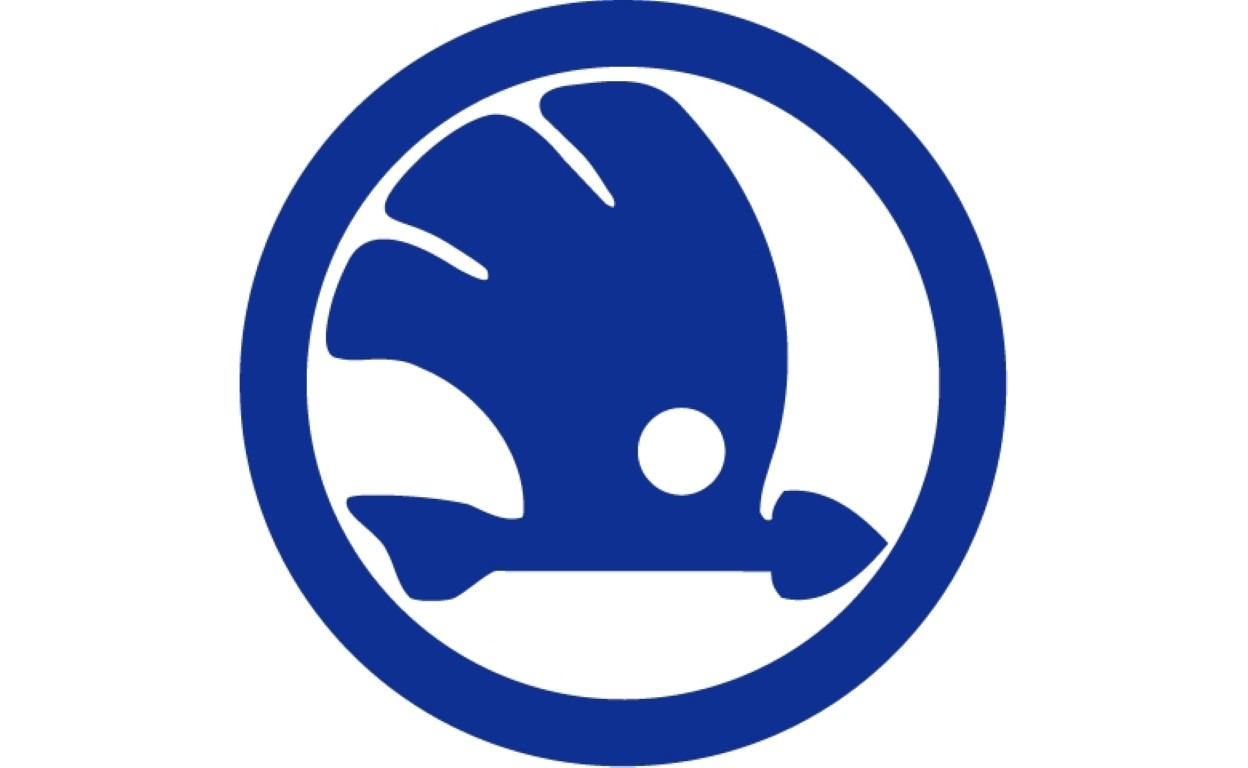 The now familiar winged arrow logo actually predates the first Škoda / L&K merger logo and was officially registered by Škoda Works located in Pilsen in 1923 for use on trains, trams and agricultural machinery. But while the date of its registration is well documented, the reasons for the design are less clear. Numerous theories exist as to why Škoda adopted a native American Indian headdress as a symbol, but a definitive answer has always eluded historians. The most plausible reason suggested to date is that in the late 1900s, Emil Skoda (the founder of Škoda Works) had acquired a sculpture of an Indian headdress and proudly displayed it in his office. Over the years, it became associated with the boss of the company and then became a symbol of the brand after Škoda retired. 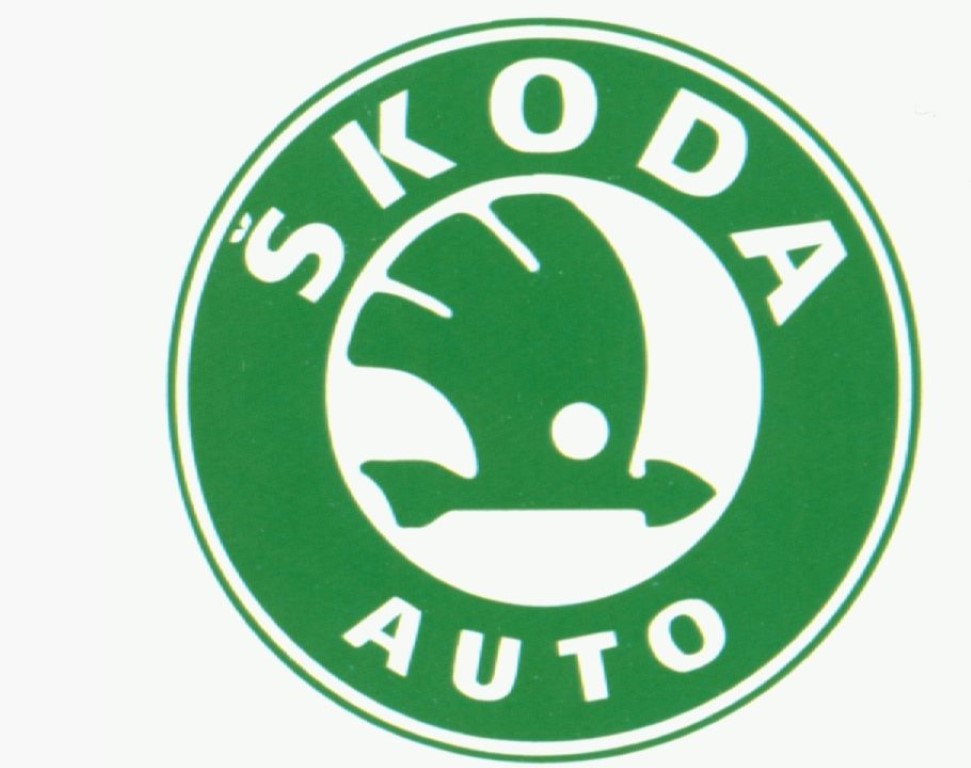 Although ŠKODA branding is traditionally associated with green, the first logo to feature the colour only appeared in 1993 - some two years after its acquisition by the Volkswagen Group. A more intricate version with a black frame appeared in 1999, and went on to spearhead the brand’s remarkable growth through the 2000s. 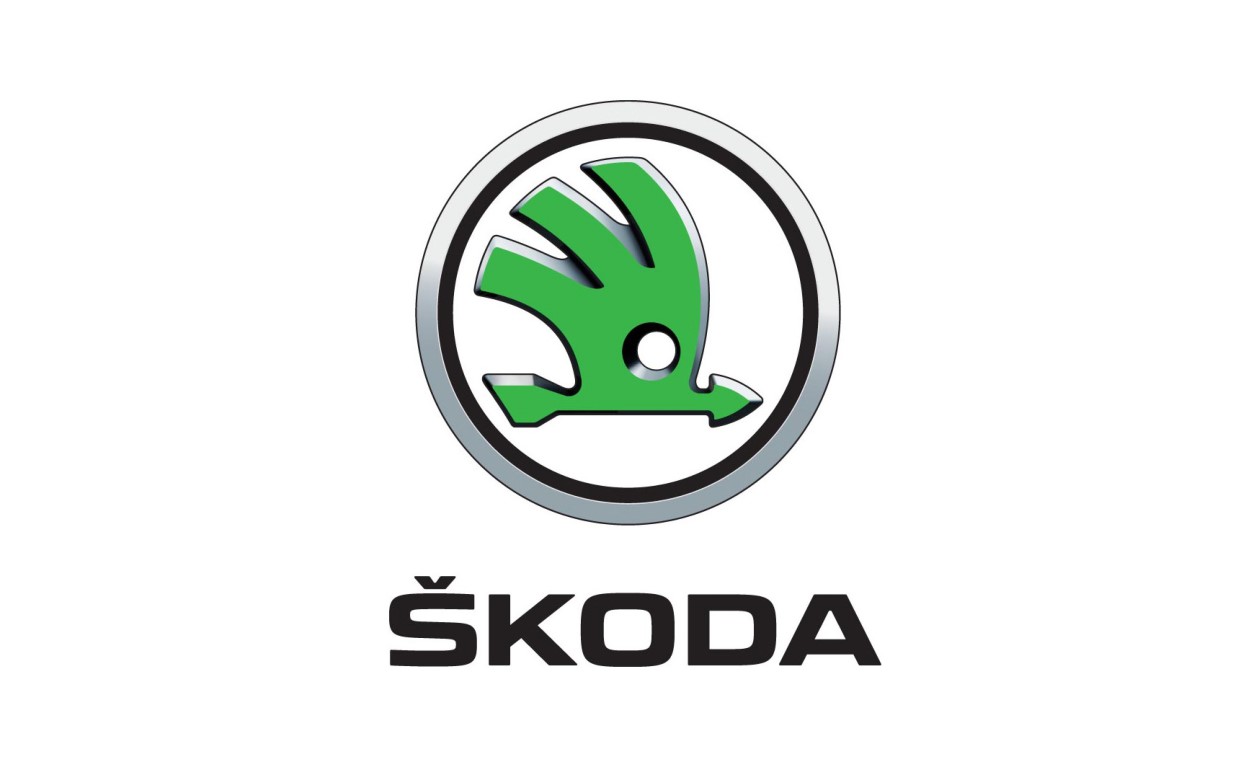 Launched at the 2011 Geneva Motor Show in conjunction with the slogan "The New Power of ŠKODA”, the current logo features the traditional winged arrow separated from a bold black wordmark. Although the green element remains on print and media applications, ŠKODA cars have been fitted with a fully chrome version for the past nine years. This logo was modified in 2018 with the wordmark moving to below the winged arrow roundel. 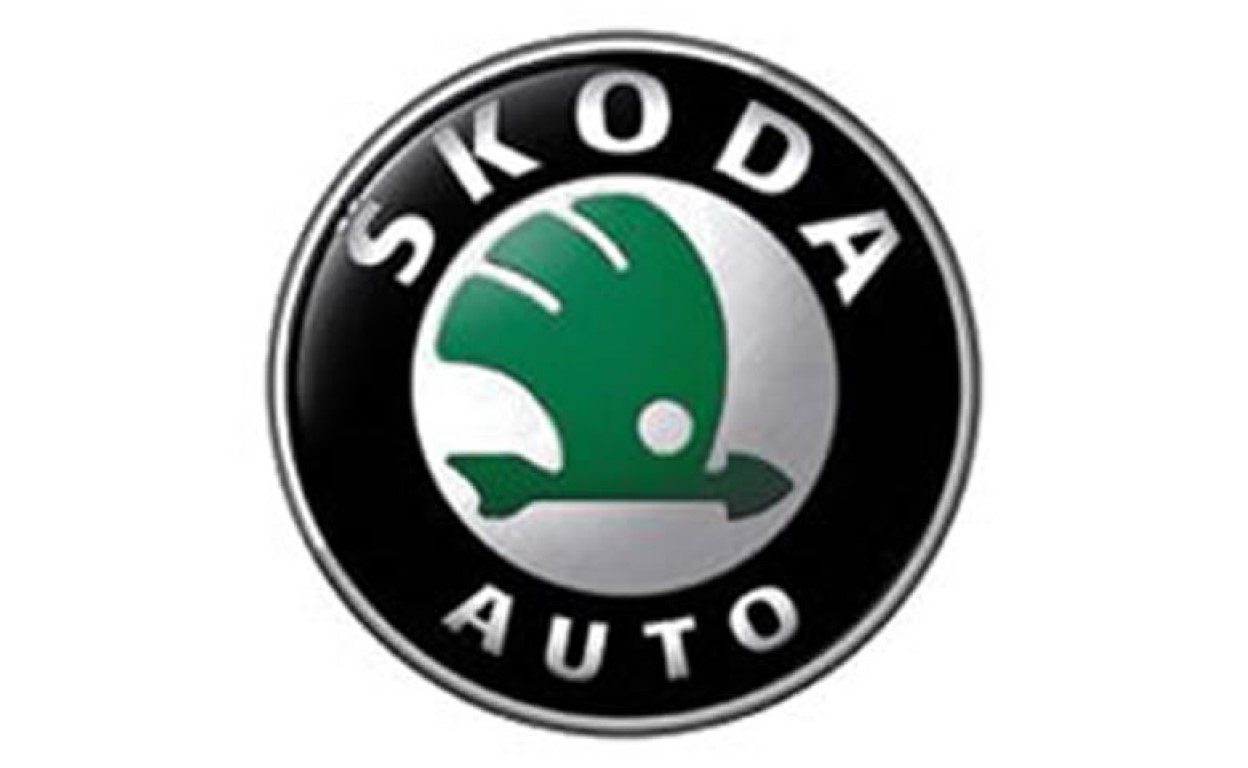 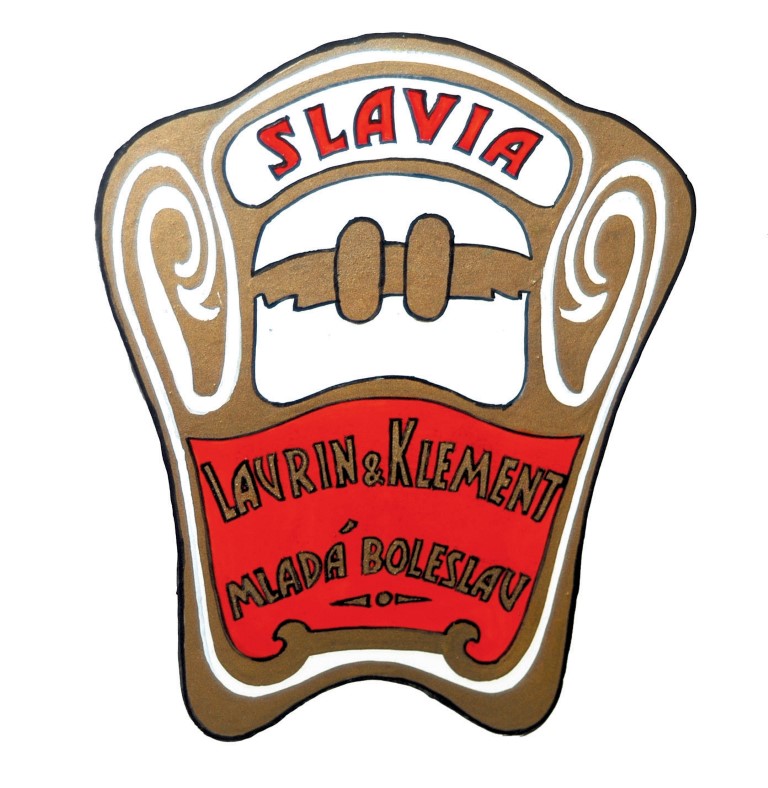